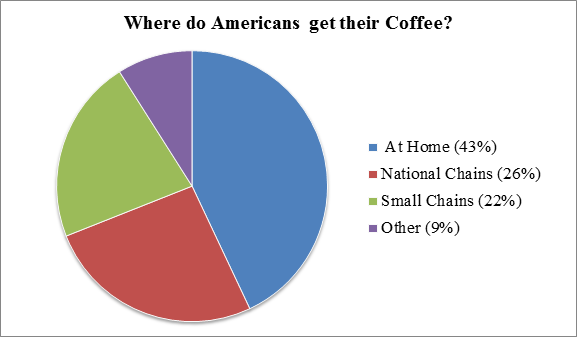 With the increase of caffeinated food and drink, caffeine consumption in teens has increased greatly, with one of the most popular caffeinated beverages being coffee. While coffee has been proven to have some health benefits, how much is too much?

The number of teens drinking caffeinated beverages has more than tripled since the 1970s. Many teens can be found sipping on some coffee with their friends in places like Dunkin Donuts, Starbucks, and even some restaurants. Something even more popular is the idea of bringing in coffee to school when starting their mornings. Katelynn Brown, a freshman this year at IACS, said that she “drinks coffee all the time.” “I love it,” she said. “I drink it just before school every morning.”

Studies by many medical groups have shown that coffee does have many health benefits. The article “Coffee and Your Health” published on WebMD is one of the many articles which expresses that those who drink coffee may be less likely to develop type 2 diabetes, dementia, and Parkinson’s disease. They may also be less likely to develop cancer or heart problems. Coffee is also known to help relieve fatigue and increase focus. This makes sense for teens who often find themselves juggling busy lives. With different extracurricular activities to attend to after school, piles of homework waiting on their desks to be completed, and such a social world to keep up with, many teens are found turning to caffeine to keep themselves awake and alert.

While the benefits of coffee do paint a pretty picture, too much caffeine does have its fair share of side effects. An excess amount of caffeine can cause everything from anxiety, agitation, and dizziness, to upset stomachs, dehydration, and rapid heart rate. Increased caffeine consumption can also cause significant sleep disturbances. Wanting to get more sleep is what many teens will agree on, however having to stay up late doing work prevents this from happening, and drinking caffeinated beverages while doing it only makes things worse. Brown said that “[she] drinks coffee because [she] likes the taste of it.” “I like how it wakes me up a little bit,” she said. Araceli Schmalz, a sophomore this year, had the same response: “I drink it because I like the taste, and because it gives me more energy on the weekdays for school. I just feel better and more optimistic when I drink it.” When asked about whether they have heard about any of the side effects of coffee, Brown responded that “[she’s] heard…it can stunt your growth, but [she’s] also heard how studies have proven it to not be true.”

So what is the conclusion? The number of teens drinking coffee is increasing and it is only bound to increase. This poses questions about the financial aspect of coffee, with many teens finding themselves stopping at the nearby Dunkin Donuts or Starbucks to pick up their morning coffee. A small (16 oz) iced coffee at Dunkin Donuts costs $1.99, and a Grande (16 oz) iced coffee at Starbucks costs $2.45, and the cost does add up. Whether it has to do with prices or quality, some teens also tend to prefer one of these popular chains over the other, while for others, coffee is the same anywhere they go. “I get my coffee from pretty much anywhere, including the common places like Dunkins and Starbucks,” said Brown. “I also sometimes make it [at] home…I think they all are very similar.” Schmalz also seemed to have a similar opinion: “I make my coffee at home, but the beans are from Starbucks.  Occasionally I’ll get it from Starbucks, and I’ve had one or two from Dunkins.” Regardless from where teens choose to get their coffee, it is clear that coffee consumption in teens has significantly increased. The reason may be that teens lives have gotten busier over the years, or it may have to do with the social pressures that teens have put on them. Maybe the reason is just because it tastes good. Whatever the reason may be, as long as the amount of coffee teens drink on a daily basis does not drastically increase, coffee consumption can be healthy and can help busy teens start their day on the right foot.