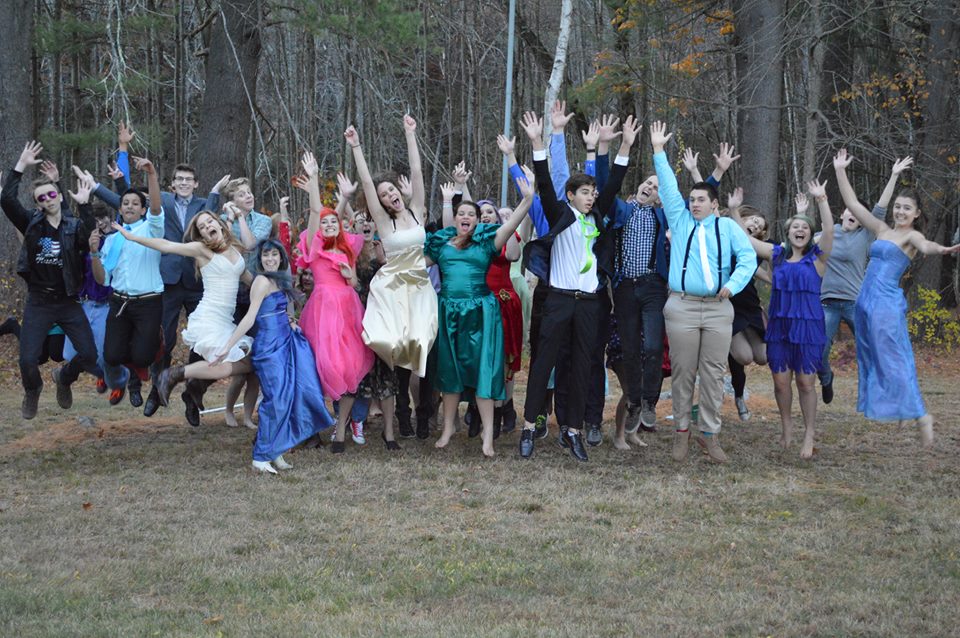 Cast of Footloose jumps for joy Photo by Rhonda Hawthorne

Do you love to dance? Would you hate if dancing was banned in your town? Well if you would, you can relate to Ren, the main character in Footloose.

The play Footloose is about a boy named Ren who has to move to Belmont because of money issues. When he arrives, it is completely full of stuck up, rich people, and all Ren wants to do is dance. Unfortunately, some teenages get into an accident because of a party and the church then bans dancing and rock and roll because they think that will fix the problem.

It’s then all up to Ren to convince Reverend Moore to allow dancing and rock and roll and prove that it is good not bad.

According to Junior Joe Harrington who is playing Ren and Junior Jeffery Taylor who is playing Travis, the cast has been spending a ton of time on the choreography and music during play practice. Harrington and Taylor said that this will make the play better than ever, exceeding your highest expectations, especially because the play is full of dancing.

Does Ren get the horrible rule abolished? Or do the town’s teenagers never get to dance or listen to rock and roll music again? Find out on the 19th, 20th, or 21st of November! Evening shows start at 7 PM all three nights, as well as a matinee at 2 PM on Sunday the 21st. Even if you are busy go see it. Clear your plans. You won’t regret it!