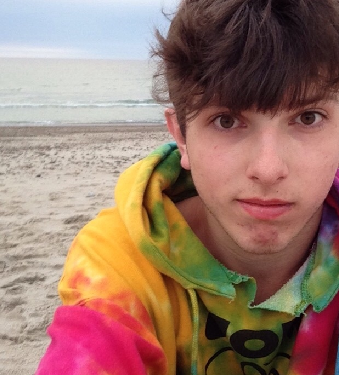 You’ve heard about it before. Those two words that make freshman and seniors alike shiver in fear. It’s the capstone of your high school life, the one project that you can make one hundred percent your own. Say it with me: Senior Projects.

Have you REALLY thought hard about it? Are you REALLY in a good place? What does a great senior project look like?

Joe Bradley appears to be in a fantastic place. If you know Joe Bradley, you know he loves sneakers. Him and his band of “sneakerheads” love buying, trading, selling, and staring at various combinations of footwear; from blacked-out Yeezy’s to fluorescent Nike KD’s.

“I’m looking at the influence of Jordan’s on the fashion industry,” Joe proclaimed. “I’ve started my preliminary research and I’ve found a couple of really cool facts. Did you know that when they were first announced, the NBA chairman banned them? Michael Jordan continued to wear them during games, but was fined $5,000 each time he did.”

That’s a pretty good place so far. Joe’s started his research. The next step is to reach out to a professional and interview them.

“I haven’t gotten that far yet, though. I have a few in mind, I may talk to a sneaker collector that I met a few times at sneaker conventions.”

And that’s totally fine. As long as you’re doing something productive, you’re in a good place right now. It’s still very early in the senior project process. If you haven’t started, now is the time to settle on an idea.

But what is all this research leading to?

“I want my applied piece to be a collection or showcase of the shoes I’ve collected. It’s probably going to change between now and the end of the year, so I’m not dead set on that.”

That’s great! This is the end of your era in high school. Leave your mark. Dream BIG!